Gabriola Lions ready to serve a yummy pancake breakfast with all the trimmings in the Village on a hot August 18 morning. 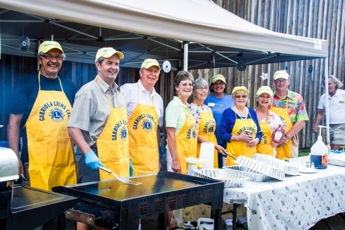 April, 2012: Raking the Ground at the Gabriola Health Care Centre

Gabriola Lions hard at work raking the grounds in preparation for landscaping at the Community Health Centre site. The new helicopter pad wind sock and the building are in the background. 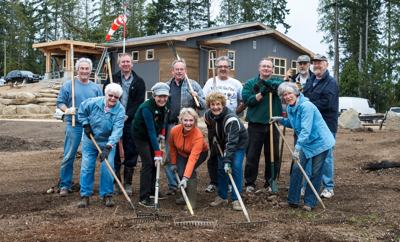 
The ground breaking ceremony for the new Gabriola Health Care urgent treatment room and medical offices was held in glorious sunshine June 4, 2011. More than four hundred people came to the event and well over $100,000 additional funds were raised. This is a landmark event for the island citizens, and a privilege for the Gabriola Lions to have helped to make possible. 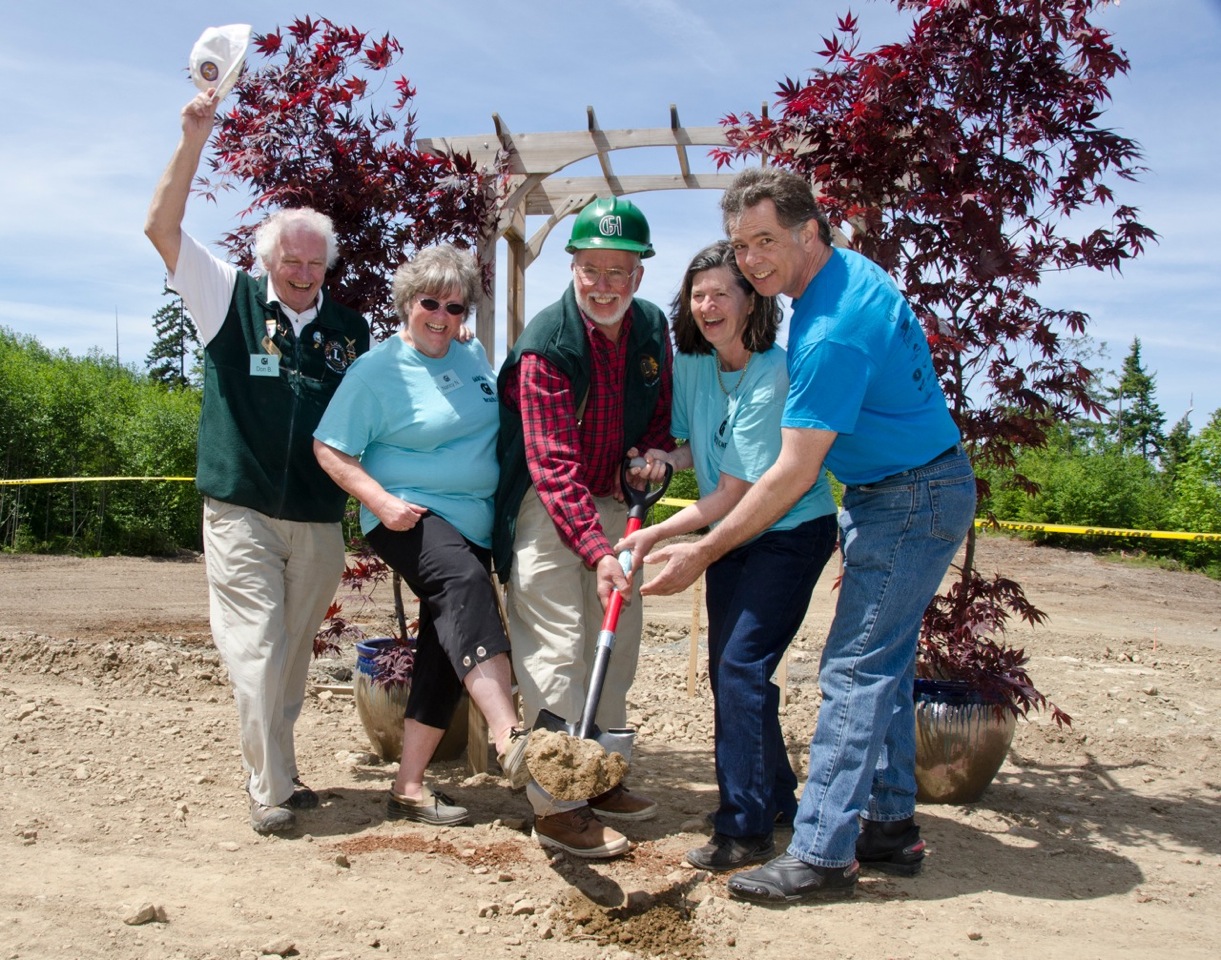 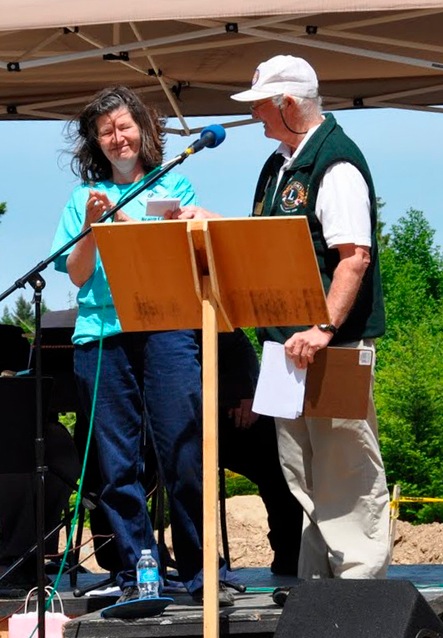 Lion Don Butt presenting a cheque to Gabriola Health Clinic Society president, Brenda Fowler, for over $28,000 to bring the total contributed by the Lions to $105,300. Photo: Lion Bill Kalbfleisch

The Gabriola Lions held their annual end-of-the-year BBQ June 25, 2012. It was an occasion to honour our very special Lion, Joan Ensor. We all sang "happy birthday" as she is nearly 90 years old, and as active as anyone in the club. Lion President Mike Phillips presented her with her secret of longevity, a bottle of a good single malt, a stone rake (her favourite garden tool), an appropriate apron, a floating "lion", and a plaque of appreciation for her enthusiastic inspiration for us all. 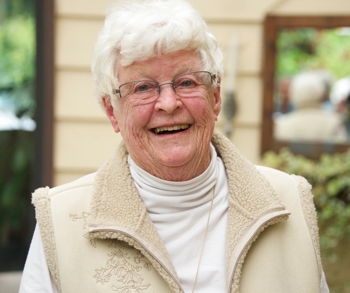 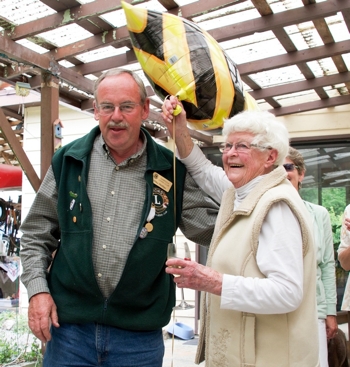 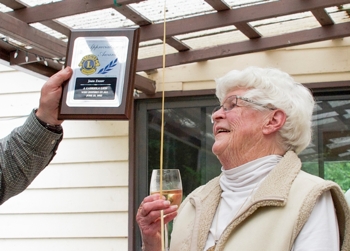 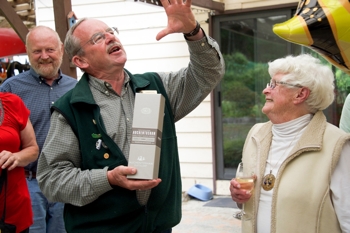