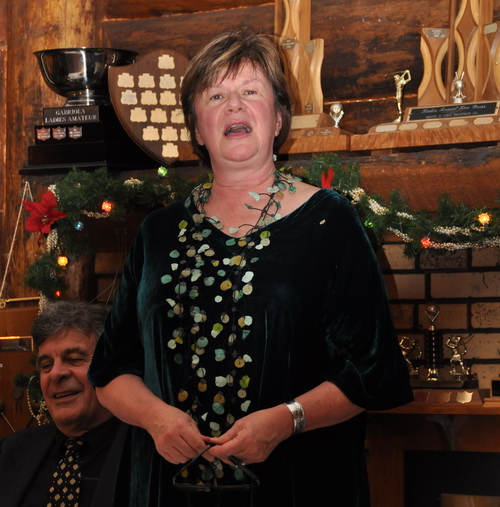 CBC Radio broadcasting icon Shelagh Rogers gave a stimulating and entertaining presentation as guest speaker at our annual Christmas/Holiday Dinner on December 8, 2014. Ms Rogers is an Officer of the Order of Canada, has hosted several well-known CBC radio programs including Morningside and Sounds Like Canada and currently hosts The Next Chapter. Ms Rogers is also chancellor-designate of the University of Victoria. 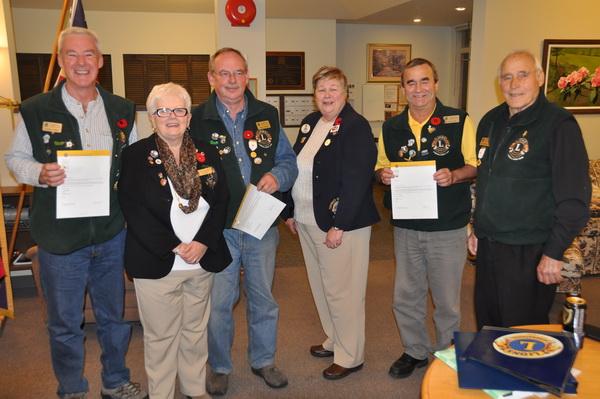 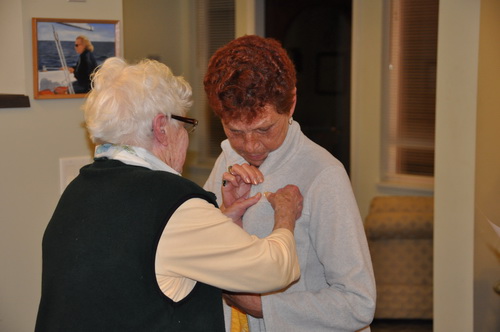 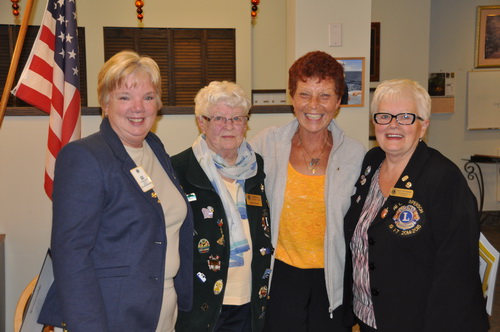 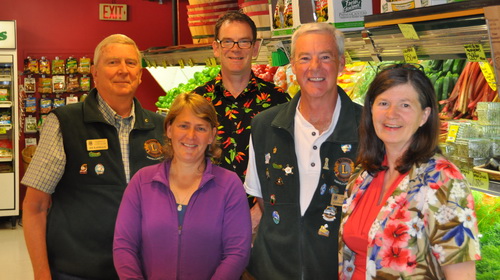 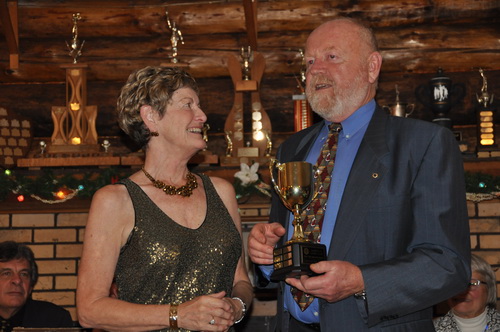 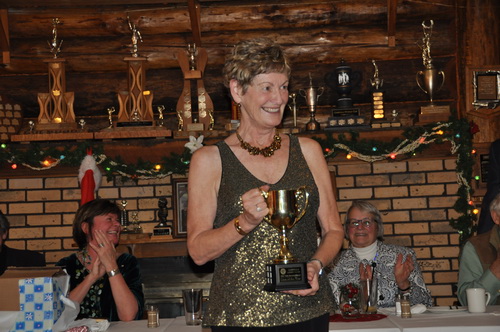 President Doug Cavill presents Lion Anne Banford with the Lion of the Year Trophy at our Christmas/Holiday Dinner on December 8, 2014. Lion Anne was voted Lion of the Year based on her excellent contribution to Lionism and to the club throughout the year. Heartiest congratulations Lion Anne!

Winter Landscaping at the Clinic, Jan 18 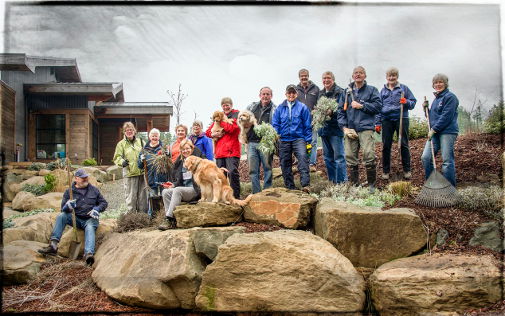 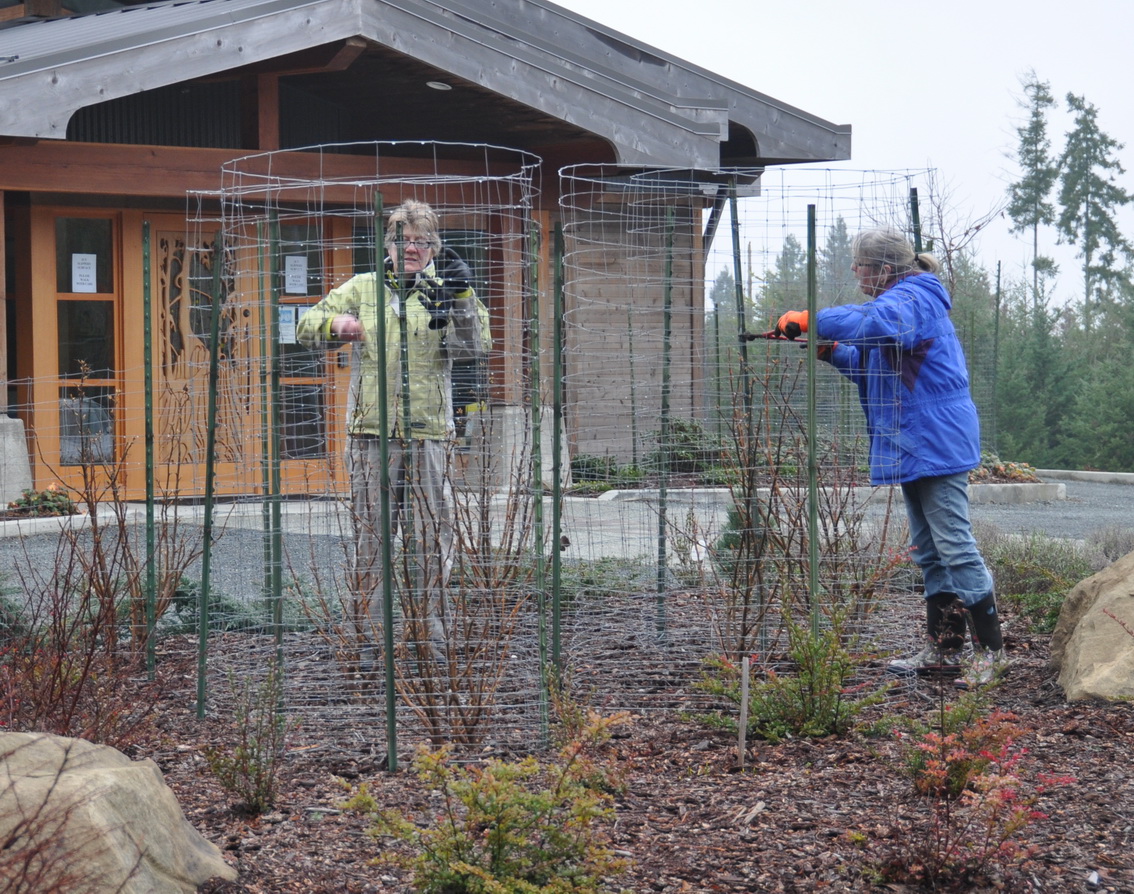 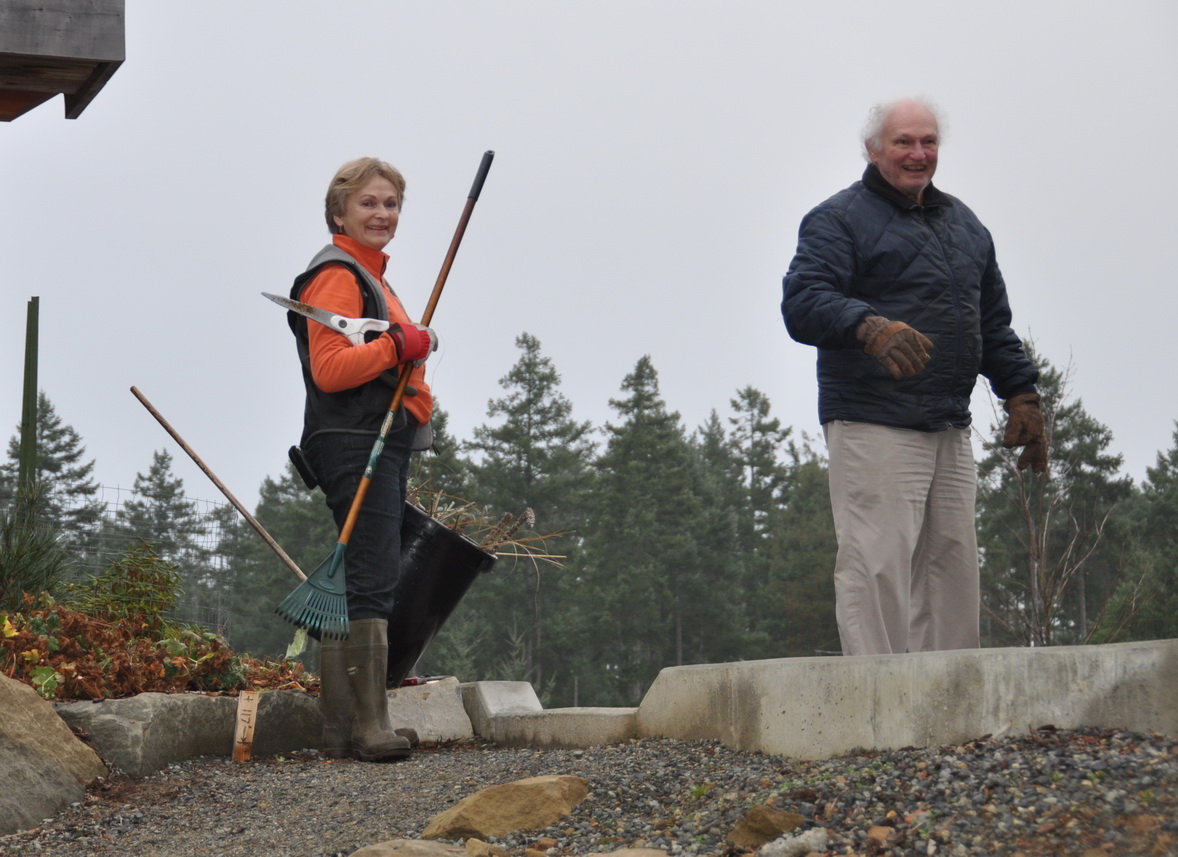 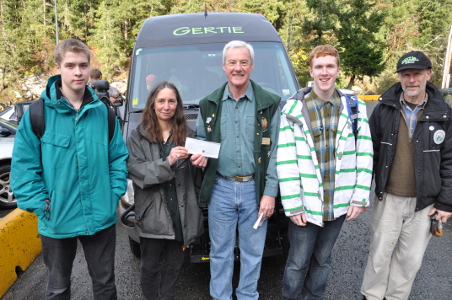 GERTIE stands for Gabriola's Environmentally Friendly Responsible Trans-Island Express, a bus service serving our community. The funds are to subsidize Youth Fares on GERTIE so fares for riders up to age 18 can remain at $1.50 per ride or $10 for a book of 10 tickets or $35 for a monthly pass for unlimited ridership. Adult fares are $2.25/ride. Half the money came from funds raised by the Lions and the other half is from funds provided to the Lions by BC Gaming. In the photo from the left are youth rider Lindsay Richards, Fay Weller of GERTIE, Lions president Graham Miller, youth rider David Cosbey and GERTIE's Bob Andrew.

To prepare club members for the rapidly approaching Valentines Day, Tail Twister Lion Paul Kuszyk challenged members to bring a "Poem To Your Loved One" to our 10 February meeting (or be fined a Loonie!). Several excellent poems were presented, making the judges' task of picking a winner most difficult. In the end, the Tail Twister himself submitted the winning poem:

A Poet I do assure you I am not
A simple farmer's husband is my lot
Oh but what joy that brings
When spring is in the air
When the young lambs frolic on the grass
When the hay is stacked in the barn
When all the animals are silently content
But the greatest joy of all for me
Comes when your work is over
In the evening after all your toils
When you finally relax
When your radiant smile confirms
That God's work is done for another day
You are truly the Lord's Shepherd on this earth
Janet, I am truly blessed
To love and be loved by a farmer.

Back from Peru!
Youth Exchange Program 2014 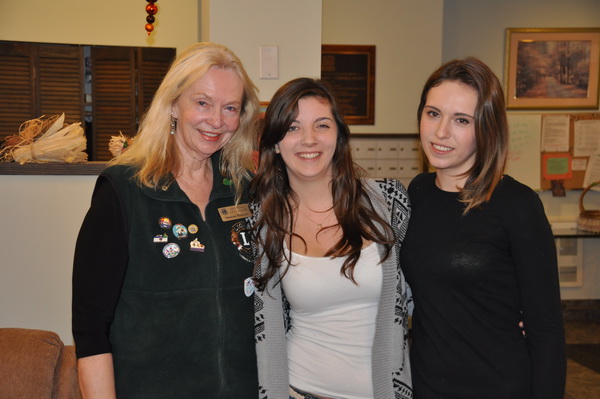 Lion Sharon Robert, the club's Youth Exchange Program (YEP) coordinator, joins our 2014 YEP travelers Sabina Rainbird (centre) and Maya Jackson at our 27 October Lions Club meeting. Sabina and Maya came to tell us about their time in Peru in July and August. They had a wonderful time with their host families and learned much about Peru and its culture. Both said they would like to go back to Peru in the future to explore more. Our search for YEP candidates for 2015 has begun. (Photo BK) 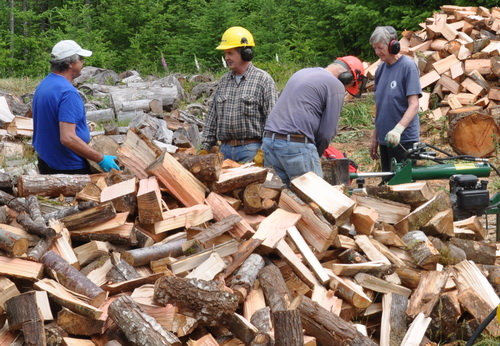 Lions Larry, Dixon and Doug with help from Gisela are hard at work at a "wood splitting party" in preparation for next winter's Firewood For Those in Need program. (Photo: BK) 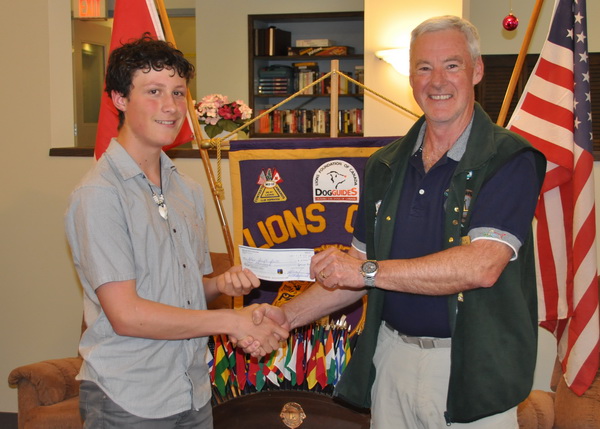 15 year old Alex Swift-Scott receives a $2,000 scholarship cheque from President Graham Miller. Alex completed high school in 1.5 years through the UBC Transitions Program for gifted students, was named a Chancellor's Scholar and has been accepted into the BSc program at UBC. Additional scholarships will be presented by the club at the Nanaimo-Ladysmith Schools Foundation "District Honours Night" on June 10. (Photo: BK) 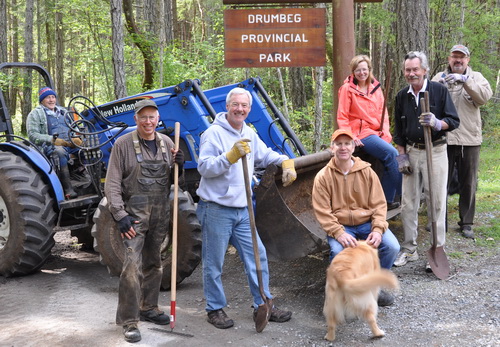 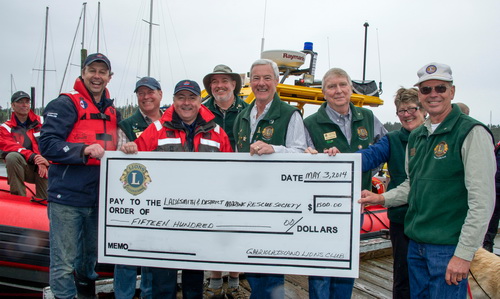 Lions Ken, Jon, Graham, Bill, Jude and Mike present a cheque for $1,500 to Ladysmith and District Marine Rescue Society volunteers to purchase needed equipment for their new rescue boat at a fundraising event at Pages Marina on 3 May 2014. (Photo: DB) 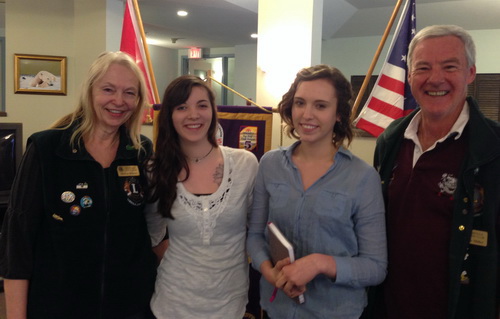