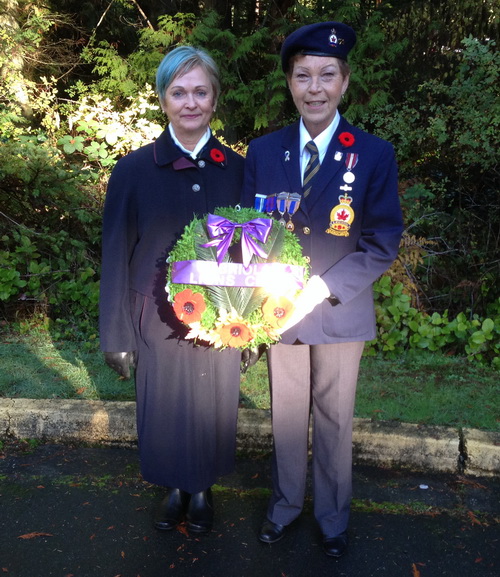 Lions Carol Martin and Kathy Ensor prepare to lay the Lions Wreath at the Remembrance Day Ceremony held at the Memorial Cairn at the Gabriola RCMP station. Perfect weather and a large attendance contributed to this very special annual event. (Photo BK)

May is "Recycle for Sight" Month 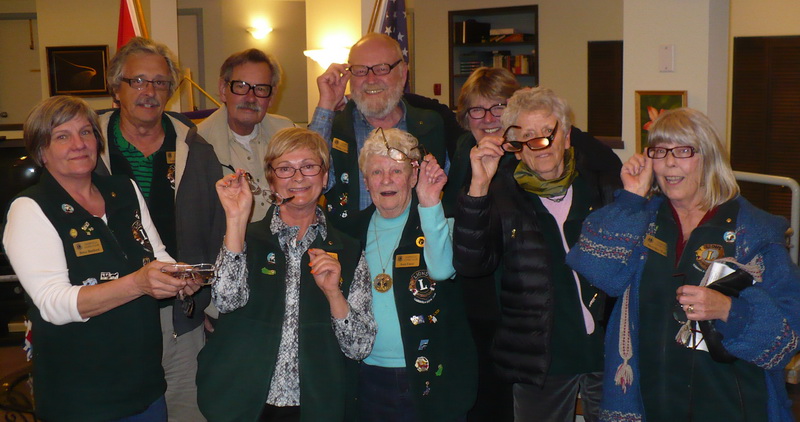 Gabriola Lions ham it to announce the Lions "Recycle for Sight" campaign for the month of May. Dig around! Bet you can find a pair or two you’re not using any longer. All types of glasses for children and adults are needed, including very strong and very weak prescriptions. Reading glasses and non-prescription sunglasses are also useful. We take them all and including hearing aids. Recycled in Calgary, thousands of eyeglasses are distributed throughout the developing world. Drop them off at any of the eyeglass recycling boxes around Gabriola or bring them into the Coast Realty office or Gabriola Optical. Last year we sent 200 pairs; this year our goal is 400 pairs. Let’s do it! Make a difference in someone else’s life through the gift of eyesight. 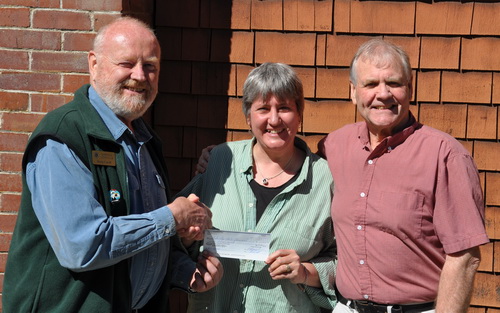 6 May 2015. President Doug Cavill presents a cheque for $2,000 to Michelle Benjamin, GAC Executive Director while GAC President Jim Wilson-Story looks on. The funds will be used build a new wheelchair ramp to their building and to make the building's washroom wheelchair accessible. (Photo: BK) 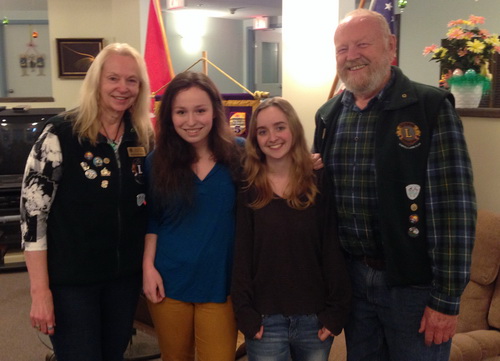 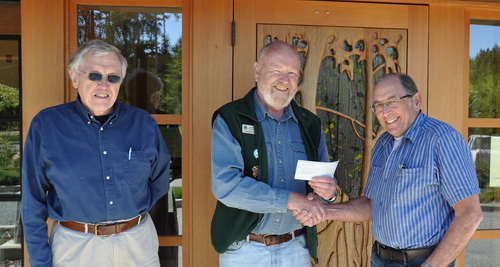 6 May 2015. President Doug Cavill presents a cheque for $7,500 to Chuck Connors, President of the GHCF while Harvey Graham, GHCF Treasurer looks on. The funds will be used to ensure best practices in Infection Control through the purchase and installation of new equipment in the Urgent Treatment Facility in the Gabriola Medical Clinic. Over 900 patients received treatment in the Urgent Treatment Facility in 2014 plus VIHA provided some 500 patients with various medical bandage changes, etc. over the same period. (Photo: BK) 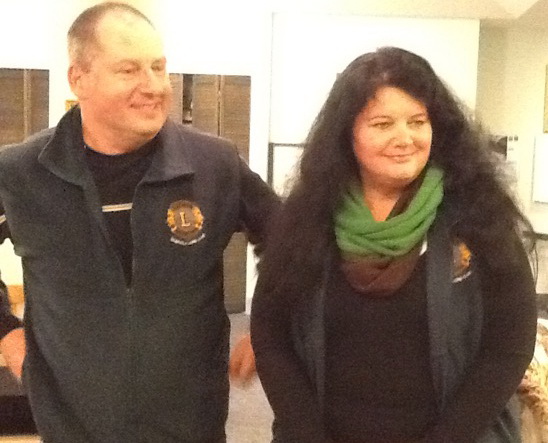 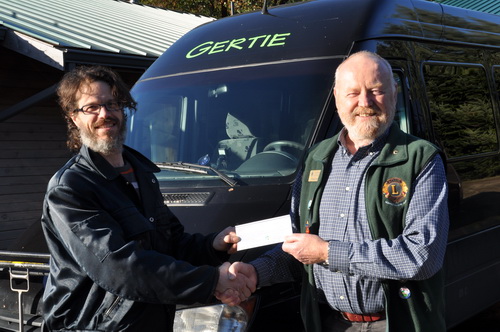 GERTIE stands for Gabriola's Environmentally Friendly Responsible Trans-Island Express, a bus service serving our community. The funds are to subsidize Youth Fares on GERTIE so fares for riders up to age 18 can remain at $1.50 per ride or $10 for a book of 10 tickets or $35 for a monthly pass for unlimited ridership. Adult fares are $2.50/ride. 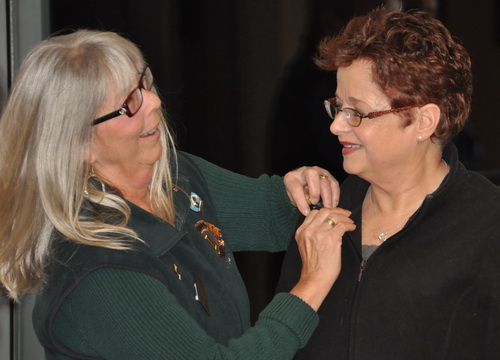 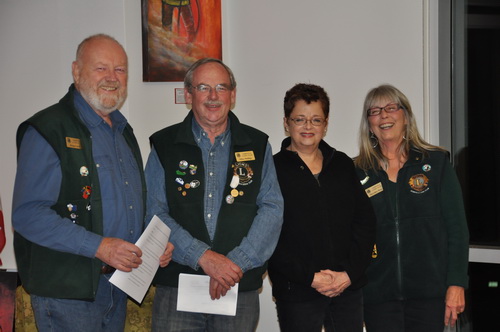 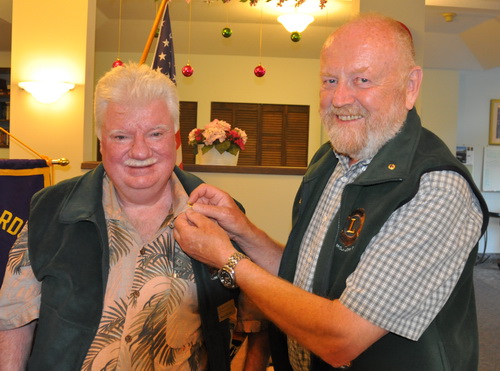 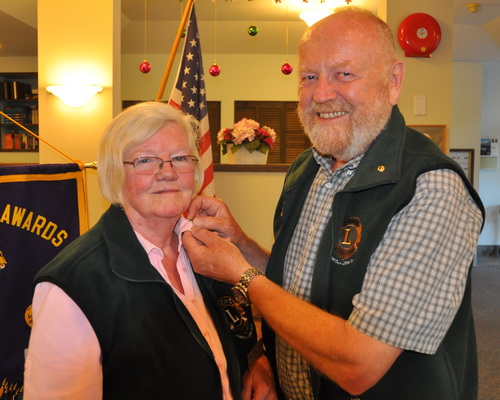 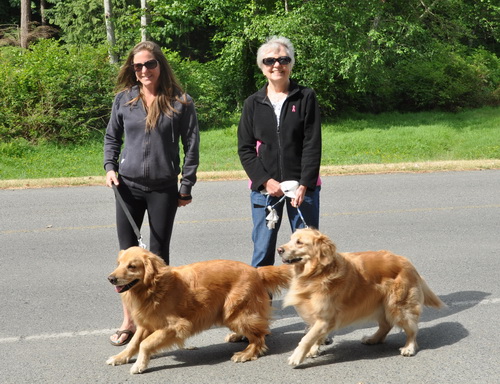 A wonderful day for a walk and some 35 walkers with 30 dogs participated in our annual Purina Walk for Dog Guides on Sunday, May 31 2015 raising over $1,350 for this wonderful program. (Photos: BK)

Some five tons of garbage were removed from the shoreline of Degnen Bay on 17 May by the Lions Club assisted by the Gabriola Beavers and Cubs. Thank you Thor Simrose and Lions Bob Rooks and Mike Phillips for the use your trucks and equipment in making this task possible. And thank you Lion Guy Parcher for putting this video together. (Photos: BK & GP) 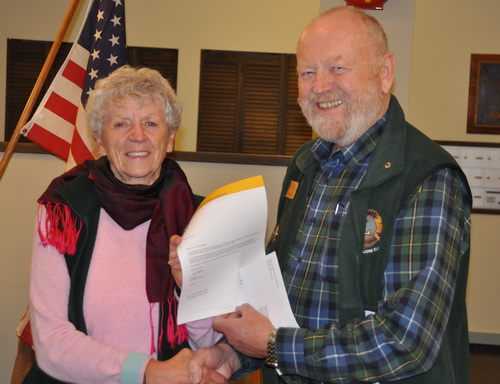 President Doug Cavill presents Lion Olga Korinek with her long service chevron representing 15 years as a Lion. Congratulations Lion Olga and thank you for your service.

Eric Boulton
Lion of the Year! 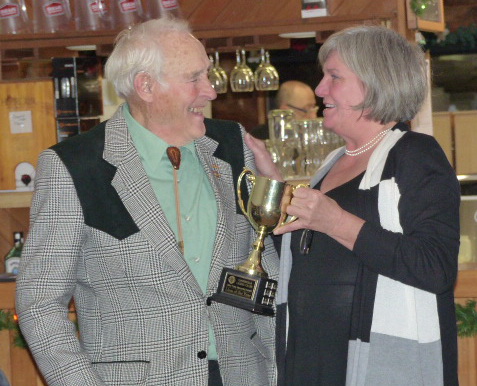 Lion Eric Boulton is presented the Lion of the Year trophy by club Vice President Betsy Banford at our annual Christmas Party in recognition of his continuing contributions and dedication to the club and our community. Eric is the club's Charter President, having presided over the formation of the club over 40 years ago. Congratulations Eric! 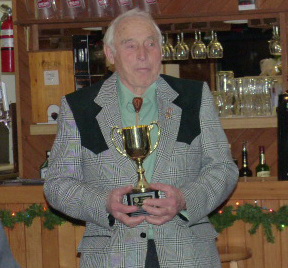 6,000 Cans of Salmon!
People for a Healthy Community (PHC) 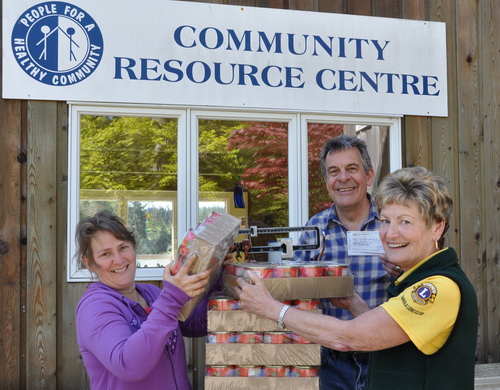 7 May 2015. Lion Anne Banford, club Treasurer, helps Sacha Petersen, PHC Food Bank and Garden Coordinator, load canned salmon as PHC Board Chair Charlie Cheffins cheers them on. The Lions donated $4,000 to the Food Bank enabling them to purchase nearly 6,000 cans of salmon, an excellent source of protein for the Food Bank.

An additional cheque for $2,000 was presented to Charlie for the PHC's Seniors' Programs. (Photo BK) 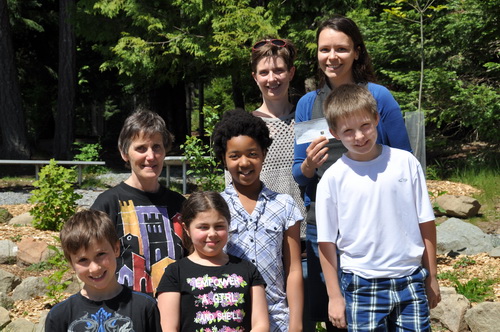 7 May 2015. Gabriola Elementary School Parents Advisory Committee members (back row from left) Kate Reynolds, Carly McMahon and Angie Pounds along with four GES students with a cheque from the Lions for $2,500 to continue development of the Outdoor Educational Garden and Learning Centre. (Photo: BK) 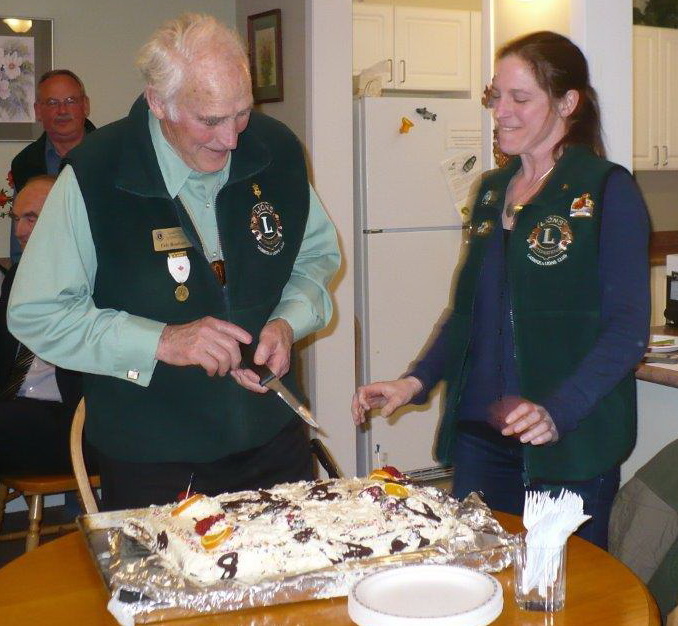 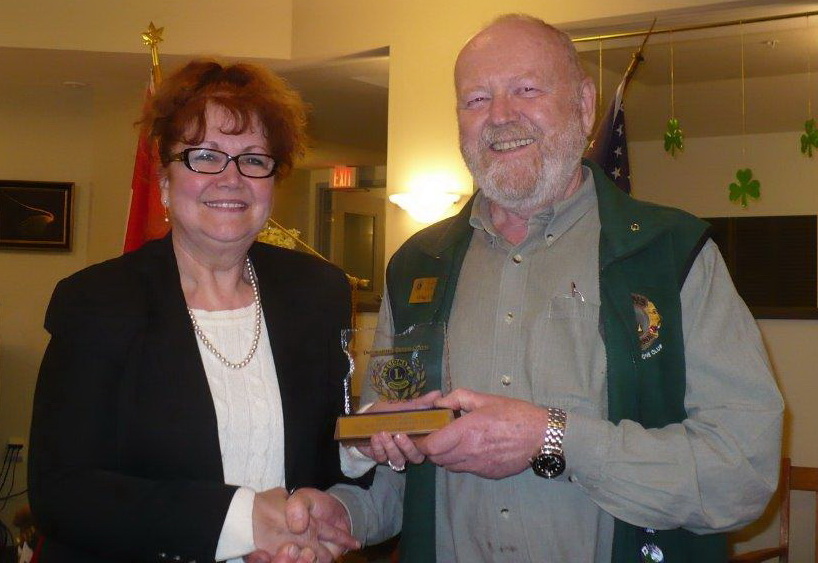 President Doug Cavill presents a plaque to Colleen Walker, owner of Colleen's Home and Fashion Centre on Gabriola, in appreciation of her outstanding community spirit and constant support of the Gabriola Lions Club and our fund raising programs. (Photo: Carol Martin)